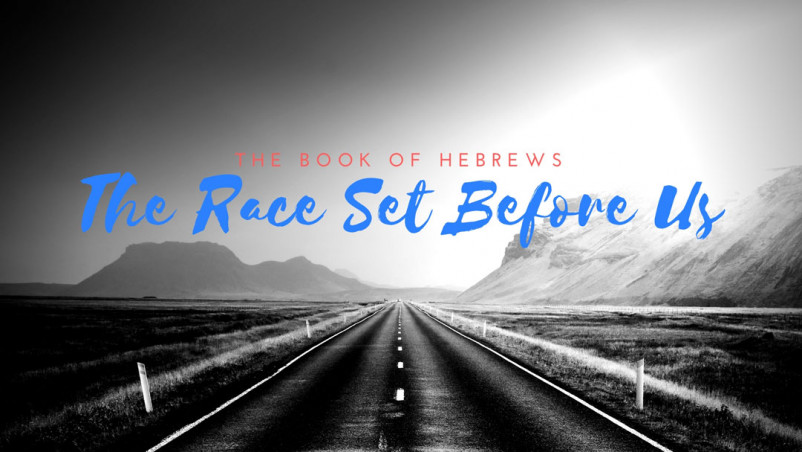 Series: The Race Set Before Us

“How often is enough?”

The role of godly leadership

Godly leaders base their authority on God’s Word (v. 7a)

Verse 9 is a literal warning from Author/LEADER, guarding the church from false doctrine.

1. Why the New Altar is better than the Old

ESV  Hebrews 9:7 but into the second only athe high priest goes, and he but aonce a year, and not without taking blood, bwhich he offers for himself and for the unintentional sins of the people.

ESV  Hebrews 9:25 Nor was it to offer himself repeatedly, as athe high priest enters bthe holy places every year with blood not his own,

15 a"Then he shall kill the goat of the sin offering that is for the people and bring its blood binside the veil and do with its blood as he did with the blood of the bull, sprinkling it over the mercy seat and in front of the mercy seat.

Conducted by a high priest.

ESV  Mark 15:20-22 And when they had amocked him, they stripped him of wthe purple cloak and put his own clothes on him. And they fled him out to crucify him. 21 aAnd they compelled a passerby, Simon of Cyrene, who was coming in from the country, the father of Alexander and Rufus, to carry his cross.

22 aAnd they brought him to the place called Golgotha (which means Place of a Skull).

Ideas in these verses: Not chronological but spatial.

Comparisons and contrasts made simultaneously.

ESV  John 1:45-46 Philip found aNathanael and said to him, "We have found him of whom bMoses in the Law and also the prophets wrote, Jesus cof Nazareth, dthe son of Joseph." 46 Nathanael said to him, a"Can anything good come out of Nazareth?" Philip said to him, "Come and see."

Jesus’ suffering and death showed himself as the “unclean one.”

Verse 14 really opens up why “Go” to Jesus.  He gives the gift of eternal life.

ESV  Hebrews 13:14 For ahere we have no lasting city, but we seek the city that is to come.

Believers know you have been made holy.

The Fountain of Youth is a mythical spring that restores the youth of anyone who drinks or bathes in its waters. Tales of such a fountain have been recounted around the world for thousands of years, appearing in the writings of Herodotus (5th century BC), the Alexander romance (3rd century AD), and the stories of Prester John (early Crusades, 11th/12th centuries AD). Stories of similar waters were also prominent among the people of the Caribbean during the Age of Exploration (early 16th century), who spoke of the restorative powers of the water in the mythical land of Bimini. Based on these many legends, explorers and adventurers looked for the elusive Fountain of Youth or some other remedy to aging, generally associated with magic waters. These waters might have been a river, a spring, or any other water source that was said to reverse the aging process and cure sickness when drunk or bathed in.

Modern versions with little thought about this trend, are easily found in our culture.

We have seen a world unified over the passion for self-preservation!

What Jesus opens to us is the promised conviction that there is more!

ESV  Hebrews 11:26 aHe considered the reproach of Christ greater wealth than the treasures of Egypt, for he was looking to bthe reward.

ESV  John 6:68 Simon Peter answered him, "Lord, to whom shall we go? You have athe words of eternal life

Verse 14 is meant to drive the practical applications of verse 15.

This has to really mean something to me - to my core for me to respond at all!

“How do we act on this promised reality now?”

ESV  Psalm 90:2 aBefore the bmountains were brought forth, or ever you had formed the earth and the world, cfrom everlasting to everlasting you are God.

ESV  Psalm 90:4 For aa thousand years in your sight are but as byesterday when it is past, or as ca watch in the night.

ESV  Psalm 103:19 The LORD has aestablished his throne in the heavens, and his bkingdom rules over all.

ESV  John 17:3 aAnd this is eternal life, bthat they know you cthe only dtrue God, and eJesus Christ whom you have sent.

The foundation of God’s transcendence builds the applications of verses 15 and 16.

The free will (or freewill) offering was a sacrifice regulated by God’s standards in the Mosaic Law, but it was completely voluntary (Leviticus 23:38).

ESV  Psalm 50:9-14 I will not accept a bull from your house or goats from your folds. 10 For every beast of the forest is mine, the cattle on a thousand hills.11 aI know all the birds of the hills, and all that moves in the field is mine.12 "If I were hungry, I would not tell you, afor the world and its fullness are mine.

13 Do I eat the flesh of bulls or drink the blood of goats?14 aOffer to God a sacrifice of thanksgiving,1 and bperform your vows to the Most High

Transcendent Jesus is above and outside of everything that is hard in life!

He is bigger than we think and nearer than we know!

ESV  Philippians 2:10 so that at the name of Jesus aevery knee should bow, bin heaven and on earth and under the earth

ESV  Hebrews 10:25 anot neglecting to meet together, as is the habit of some, but encouraging one another, and ball the more as you see cthe Day drawing near.

Conclusion: “Where is the motivation for these sacrifices?”

Go to Jesus – outside the camp – He was/is there – to Save you to Clean you!

Jesus transcends what is hard about our would.